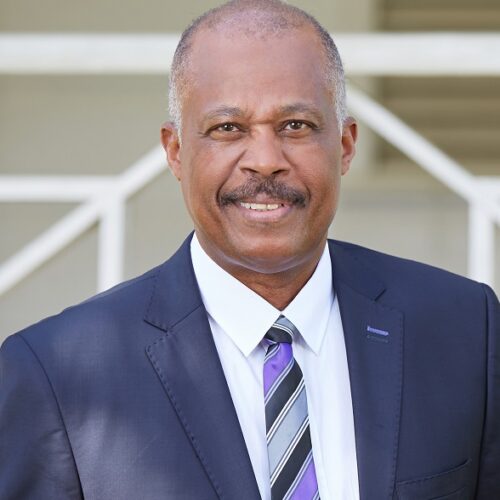 Vice-Chancellor, The University of the West Indies

Professor Sir Hilary Beckles, is a distinguished academic, international thought leader, United Nations committee official, and global public activist in the field of social justice and minority empowerment. He is the 8th Vice-Chancellor of The University of the West Indies (The UWI), Vice President of the International Task Force for the UNESCO Slave Route Project and a consultant for the UNESCO Cities for Peace Global Programme, He is also a director of Sagicor Financial Corporation PLC, the largest financial company in the region, Chairman of the Caribbean Examinations Council (CXC), the former chairman of The University of the West Indies Press, Chairman of the Caribbean Community [CARICOM] Commission on Reparation and Social Justice, President of Universities Caribbean, an editor of the UNESCO General History of Africa series and a Director of the Global Tourism Resilience and Crisis Management Centre. He has also performed as an advisor to the UN World Culture Report and Advisor to the Secretary General of the United Nations on Sustainable Development. In March 2021, the United Nations invited Sir Hilary to serve as an expert for its “Futures of Higher Education Project”.
Under his leadership as Vice-Chancellor of The UWI, the institution established a fifth Campus and debuted in the prestigious Times Higher Education (THE) Ranking, in which it was ranked in the top 4% of the world’s best universities, and in 2020 earned the triple first accolade – as the number one university in the Caribbean, among the top 1% in Latin America and top 1% of worldwide universities between 50 and 80 years old. Sir Hilary spearheaded an aggressive global reputation building strategy, which has resulted in ten global centres in partnership with universities in North America, Latin America, Asia, Africa and Europe. He also forged strategic industry partnerships to allow for the widened penetration of The UWI brand through new media channels and 24/7 cable television programming made possible by the creation of a public information and education service – UWItv.
He has lectured extensively in Europe, the Americas, Africa and Asia, and has published over 100 peer reviewed essays in scholarly journals, and over 13 books on subjects ranging from Atlantic and Caribbean History, gender relations in the Caribbean, sport development and popular culture.